Jürgen Hoffmeister takes over as Head of Marketing and Communications

Dresden, September 14, 2021 - Jürgen Hoffmeister has taken over as Head of Marketing and Communications of the General Atomics Europe Group as of September 1, 2021. "I am delighted that we have been able to win Jürgen Hoffmeister, a highly experienced and proven international communications professional, for our group of companies and for the challenges we still have ahead of us," said Harald Robl, Managing Director of General Atomics Europe. 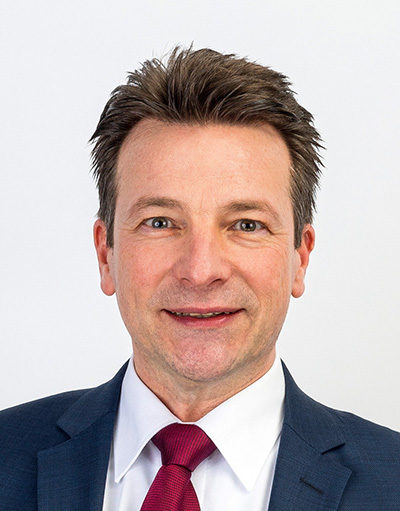 Jürgen Hoffmeister has 20 years of experience in marketing, communications and strategy. He gained his international expertise in leading marketing and communications functions, particularly in the automotive and IT industries, including Continental, Siemens and the Brose Group. For the General Atomics Europe Group, he will in future strategically align global marketing, external and internal communications, social media activities as well as trade fair and event management and ensure the positioning of the corporate group as a technology leader. At the same time, he acts as a company spokesperson to the media.
The technology service provider, based in Dresden, Saxony, took over RUAG Aerospace Services GmbH in Oberpfaffenhofen on March 1 of this year. Through its subsidiary General Atomics AeroTec Systems GmbH, General Atomics Europe (GA-Europe) is thus expanding its portfolio of products and services to include the maintenance and repair of business aircraft and military helicopters, as well as the production and maintenance of the Dornier 228 turboprop aircraft. With this acquisition, GA-Europe is strengthening its market positioning in the aviation business, both civil and military, as well as manned and unmanned.

In addition to further developing the Group's existing business, GA-Europe will expand the Oberpfaffenhofen site to become the Group's European aviation core.
The parent company, General Atomics, is a global technology company with more than 15,000 employees and is headquartered in San Diego, California.


About General Atomics Europe
General Atomics Europe GmbH, headquartered in Dresden, Germany, is a medium-sized service and consulting company that holds participation in nine subsidiaries with a total of around 1,000 employees. In addition to its business activities in the aviation sector, the company's range of services includes the modernization and maintenance of rail vehicles, the disposal of conventional ammunition and explosives, special construction services and environmental remediation, engineering precast reinforced concrete parts, environmental monitoring and water technology. Today's GA-Europe has its roots in the former Spezialtechnik Dresden GmbH, which was taken over by the family-run US company General Atomics in 1992 and has since been consistently developed further. www.ga-europe.com